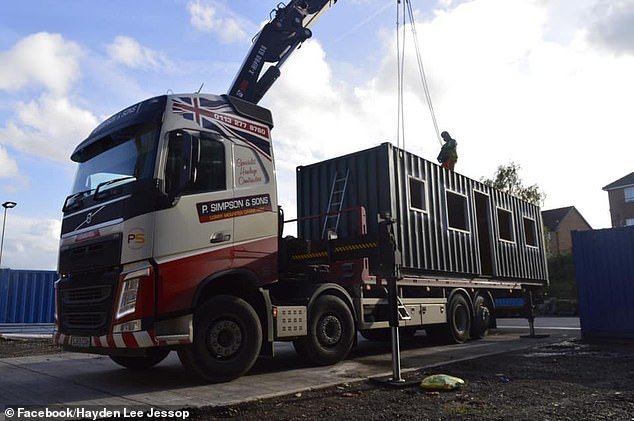 Not everyone gets a second chance after going to prison. However, for Hayden Lee Jessop, that second chance was a possibility. He’s now using his second chance to benefit others. He now makes homes for homeless drug addicts out of old shipping containers.

Hayden Lee Jessop is a father of two. He is from Leeds, a city in northern England. In 2013, Jessop spent seven weeks in jail himself while battling drug addiction. He was given a second chance by the criminal justice system.

Using Storage Containers as Homes for the Homeless

Hayden Jessop founded the charity, Vulnerable Citizen Support Leeds, a year-long program that provides homeless drug addicts a possibility to kick their habit. Jessop uses an old shipping container as a one-person flat where a formerly homeless addict lives and is provided with resources to beat their addiction.

In an interview with the Yorkshire Evening Post, he told reporters he wanted people to have the opportunity to learn basic employment skills while living in the shipping container. He also has plans to create a community of eight units.

To achieve his goal, Jessop relies on the goodwill of companies and the generosity of the public. He has a GoFundMe page set up for the project. The prototype for the container consists of a shower, toilet, bed, and other amenities. He also has plans for separated cooking facilities due to health and safety concerns.

A Way to Give Back to the Community

Hayden Jessop plans for the community to be completely self-sustaining. He explained that former residents would help build future units in the community. He told the Yorkshire Post, “The idea is to get the people living in there to help us out. We’ll get people the help they need, and in return, they can repay us by helping to build more homes so we can help even more people”

A Pillar of the Community

Jessop has been an outspoken supporter of homeless people. In fact, in 2016, Hayden was an integral part of the “Tent City” protest in Leeds to bring attention to the homeless crisis. After only 18 days of protesting, Jessop was able to secure housing for 31 homeless individuals.

He now continues his mission by giving the homeless a community where they can focus on their rehabilitation.

Other Uses for Storage Containers

Containerization: How a Metal Box Changed the World